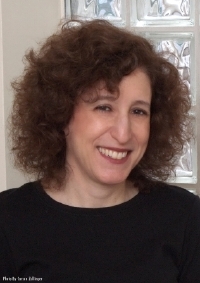 Although her first three books were critically acclaimed and established a following, it was her first memoir, Riding the Bus with My Sister, that put her on bestseller lists. Focusing on the relationship between Rachel and her sister Beth, who has an intellectual disability, it was adapted for a Hallmark Hall of Fame movie starring Rosie O’ Donnell as Beth, Andie McDowell as Rachel, and was directed by Angelica Houston. Rachel’s following disability-themed book, The Story of Beautiful Girl, became instant , New York Times and Independent Booksellers Best Sellers.

Awards and Recognition for Riding the Bus with My Sister:
• School Library Journal Best Nonfiction of 2003
• Secretary Tommy G. Thompson Recognition Award for Contributions to the Field of Disability from the US Department of Health and Human Services
• TASH Image Award for positive portrayals of people with disabilities
•Media Access Award from California Governor’s Committee for Employment of People with Disabilities
• Selection of numerous One Community-One Book programs nationwide

Additional Honors:
• One of the only authors to have been selected twice for the Barnes & Noble Discover New Writers Award
• Creative Writing Fellowship recipient from the Delaware Division of the Arts, the Pennsylvania Council of the Arts, and the Ludwig Vogelstein Foundation
• Adaptations of stories and books have been produced by the NPR program “Selected Shorts”; the Lifetime television series The Hidden Room; the Arden Theatre Company in Philadelphia; and Hallmark Hall of Fame