Select your type of presenter
For more information on each speaker, click on their name.

Josh Blue
Best known as the comedian who puts the cerebral in Cerebral Palsy, Josh exploded onto the national comedy scene by capturing the attention and endearment of the country as the winner of Season One of NBC’s “Last Comic Standing”. Embracing his disability Josh has recently introduced a speaking program that has informed and entertained audiences.

Kathy Buckley
Kathy broke onto the national scene as the first hearing-impaired comedian. She entertains college audiences nationwide with her disability-based stand-up and inspires corporate audiences with a program filled with inspiration, motivation and humor.

Kathy’s book, If You Could Hear What I See, will have you laughing and crying as you experience the amazing story of her life. She has received thousands of letters and emails of thanks and praise, regarding both her book and her original PBS special, No Labels, No Limits!. She was awarded the “CINE Golden Eagle Award” as the writer and executive producer of the special, and the “Media Access Award for Outstanding Television Special”. 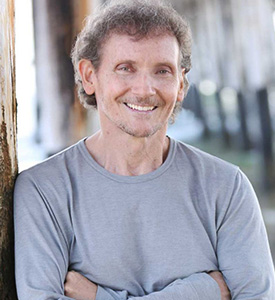 Chet Cooper
Recognized by his witty sense of humor and authentic speaking style, Chet Cooper has been one of the leading advocates for employment, awareness building and housing for people with disabilities (PWDs) for the past 28 years. Chet sees the need to break down the myths and stereotypes associated with disabilities, focusing on three major areas that needed change; social attitude, resources, and awareness.

Judy Huemann
Judith (Judy) Heumann is a lifelong advocate for the rights of disabled people. She contracted polio in 1949 in Brooklyn, New York and was denied the right to attend school because she was a “fire hazard” at the age of five. Her parents played a strong role in fighting for her rights as a child, but Judy soon determined that she, working in collaboration with other disabled people, had to play an advocacy role due to the continuous discrimination.

Gabriel Cordell
Actor and model, Gabriel set out to be the first and only person to use his personal manual wheelchair to roll 3,100 miles across the United States. His adventure was documented in the released film “Roll With Me: A Journey Across America”. The documentary has been picked up by a distributor and can now be seen on Netflix. Gabriel’s journal was a grueling one and his keynote speaks to the will of the human spirit.

Lou Ferrigno
The Incredible Hulk is just part of the powerful story behind Lou Ferrigno. A professional body builder for many years, Lou has never let his hearing impairment stand in front of him. He has become a sought after corporate spokesperson, actor, health and fitness activist, and motivating speaker.

Chris Fonseca
Chris is quick, cutting edge, and one of the funniest comedians with or without a disability. He is the only comedian with a visible disability to perform on the “Late Night Show With David Letterman” and other credits include headlining at the “Montreal Just For Laughs Festival”, “The San Antonio Latino Laugh Festival” before 16,000 people, and a frequent opener for Gabriel Iglesias. He is also a featured performer on college campuses and at corporate events.

Temple Grandin
Temple Grandin is a Professor of Animal Science who has Asperger’s Syndrome. She is also a professional designer of humane livestock facilities. Born in Boston, it was four years before she showed signs of social and academic development. Having attended private schools, she achieved academic excellence and obtained her B.A. at Franklin Pierce College and her M.S. in Animal Science at Arizona State University. Dr. Grandin received her Ph.D in Animal Science from the University of Illinois.

Geri Jewell
Geri is one of the most sought-after speakers on diversity and disability. She is a pioneer in the entertainment industry and was the first person with a visible disability to be featured on a primetime sitcom, “The Facts of Life”. Geri presents humorous, enlightening, empowering, keynote and workshop programs. She is also a true advocate for diversity. She is also often requested to speak on her relationship to the LGBQT communities.

Nelson Lauver
Known as The American Storyteller, Nelson’s success story is all the more remarkable since it took 29 years before he was diagnosed as dyslexic and unable to read. After three years of vocational rehabilitation to learn to read he started his journey as a radio personality, businessman, and speaker. Nelson’s keynote presentations and workshops include “Don’t Give Up on That Kid”, “The Most Unlikely to Succeed”, and “Grit, Who’s Got It, and How Do We Teach It”.

Ted Meyer
Ted Meyer is a nationally recognized artist, curator and patient advocate who helps patients, students and medical professionals see the positive in the worst life can offer. Ted’s 18-year project “Scarred for Life: Mono-prints of Human Scars” chronicles the trauma and courage of people who have lived through accidents and health crises. Ted seeks to improve patient/physician communications and speaks about living as an artist with illness. Telling stories about his own art and the stories behind his scar art collection, he offers insight into living with pain, illness, and disfigurement.

Light Motion
An integrated dance team like no other. Light Motion has been described in the New York Times by three simple words – “A Must See”. The two-women team has been recognized for their grace, agility. and creativity. They deliver both a classical performance or a combination performance and disability awareness dialogue.

Nick Popaditch
Nick speaks about his experiences during his military service and the challenges that “wounded warriors” face upon returning to civilian life. As an ex-Marine who was wounded three times in four tours of duty dating back to Operation Desert Storm, he reflects on his experiences in his book, “Once a Marine”.

Matt Savage
Matt was diagnosed with autism at young age and by the time he was eight he was labeled a musical savant. At 23, he has had a fourteen-year professional career as a jazz musician, recording artists (13 DVD’s) and composer. He has played with some of the biggest names in jazz, including Chick Corea, the Ellington All Stars and, Wynton Marsalis. He currently teaches music to students with Autism when not traveling the world performing and speaking on college campuses about his music and experiences.

Chantal Sicile-Kira
Chantal’s passion for empowering others and her personal interest in autism has led her to become an autism consultant, an award-winning author, speaker, and leader in the field of autism, adolescence and transition to adulthood.  She has been involved with autism spectrum disorders for over 25 years as both a parent and a professional on both sides of the Atlantic. A tireless advocate for those on the autism spectrum, Chantal founded Autism College in order to provide consultation services,  practical information and training  online about autism.

Jeremy Sicile-Kira
Jeremy was born in Paris, France in 1989 and diagnosed with autism at an early age. He did not discover his gift for painting until he was 24, when he began to communicate to his parents about the colorful abstract portraits he was painting in his dreams. As a young child, Jeremy’s interest in bright colors was obvious: he spent hours looking at brightly colored fabrics, images in picture books, and the patterns in rugs. He loved visiting museums to look at the paintings, and cathedrals to follow the patterns on the floor tiles.

Rachel Simon
Rachel is one our most popular speakers, She is the author of the best selling book and Hallmark Hall of Fame production of the same name, “Riding the Bus With My Sister”. She is becoming known as the literary voice for those with a disability, having also published the NY Times Best Seller, “The Story of Beautiful  Girl” and is currently writing another disability-themed book. Her personal stories and experiences open the door for a dynamic keynote and workshop experience.

Ned Andrew Solomon
Ned Andrew Solomon was the director of the Tennessee Partners in Policymaking® Leadership Institute for the Tennessee Council on Developmental Disabilities from 2000 to 2019. He is the father of three, now-adult children with disabilities, and has a Bachelor’s degree in Writing Seminars from the Johns Hopkins University. Ned is an engaging speaker who has been presenting trainings, workshops and conference breakout sessions for 20 years. Because he has been a conference coordinator himself, and has recruited hundreds of presenters, he’s seen first hand  what makes audiences react positively, and negatively, to speakers and their topics. He’s worked hard to incorporate the best aspects of what he’s experienced into his typically interactive “conversations” with audiences.

Alex Valdez
Alex is the first comedian to gain national recognition as a comedian with a disability. For the past thirty years he has also been a dynamic Keynote Speaker and master Disability Awareness trainer. Alex presents an entertaining program titled, “A Funny Thing Happened on the Way to Diversity”. Government and corporate clients have referred to him as the best disability trainer.

Mark Wellman
Mark is the pioneer of “extreme athletes” with a disability.  He has climbed El Capitán and Half Dome using his adaptive gear and sit-skied across the Sierra Nevada Mountains. Mark uses his many adventuresome experiences to deliver a motivating presentation and frequently uses his adaptive climbing gear to scale climbing walls as part of his program.

Josh Blue
Josh came to prominence after winning the first season of “Last Comic Standing”. His position in the comedy community has risen from performing in small clubs to being a major headliner at large venues, colleges campus and corporate special events. Chris embraces his disability and has recently introduced a speaking program.

Kathy Buckley
Recognized as the country’s first hearing-impaired comedian, Kathy’s side-splitting personal stories come with a valuable message. She has headlined at The Improv, The Ice House, and The Laugh Factory, among other top-named clubs throughout the country. She is a favorite on college campuses and at corporate functions.

Chris Fonseca
Chris is a seasoned comedy veteran who was the first and only person with a visible disability to be a featured performer on the “Late Show With David Letterman”. Added to his list of credits are his many appearances on Comedy Central and at the San Antonio Latino Comedy Festival, Just for Laughs in Montreal, colleges campuses and at corporate special events. Most recently he was the opening act for Gabriel “Fluffy” Iglecias. Chris has a degree in journalism, and his mastery of words makes for a show replete with well-written and executed jokes.

Mark Goffeney
Mark has the rare distinction of being one of the few successful professional guitarists with no arms. Overcoming the doubts of family and friends, Mark has risen to be a well-respected guitar player. Either solo or with his band, Mark enjoys playing the blues and rock. His online videos have received over ten million hits and although many have been posted by in amazement of his talents, his skills have been recognized around the world.

Geri Jewell
Geri broke into the entertainment industry as a stand up comedian. Even during the height of her acting career, she has held true to her roots. Geri’s shares her humorous stories and jokes about her long history in Hollywood and her relationship to the LGBTQ communities.

Light Motion
An integrated dance team like no other. Light Motion has been described in the New York Times by three simple words – “A Must See”. The two-women team has been recognized for their grace, agility. and creativity. They deliver both a classical performance or a combination performance with disability awareness dialogue.

Matt Savage
At a very young age Matt was diagnosed with autism, but by the time he was eight he had taught himself to play the piano and was labeled a musical savant. Now, at just 26, he has traveled the world performing and has recorded 12 albums. Matt has been reviewed as one of the finest young improvisational jazz pianists. He performs solo or with his Matt Savage Trio…